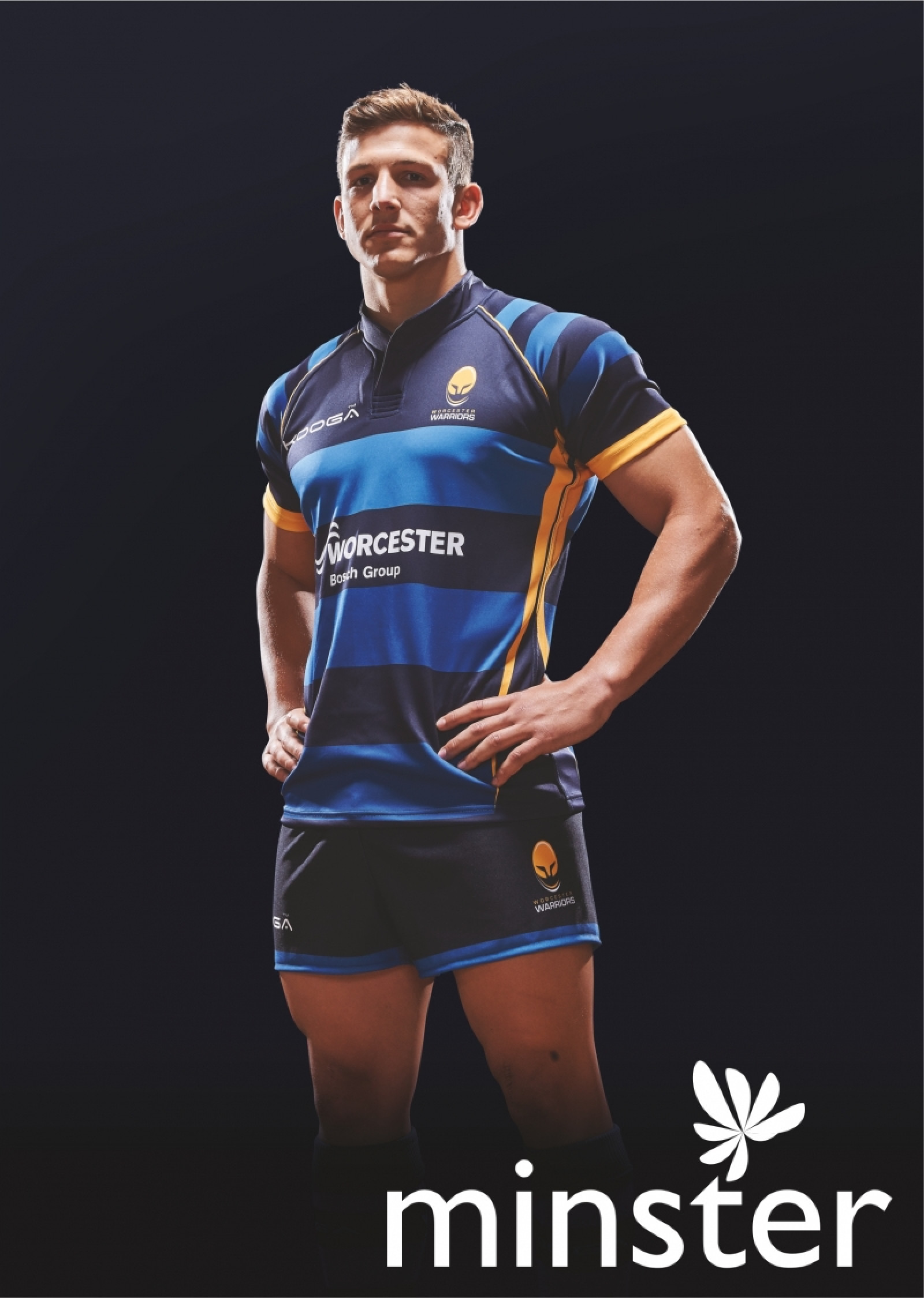 Kidderminster-based Minster Micro Computers Ltd. are proud to announce that they have signed a sponsorship deal to support Worcestershire Warriors player, Ryan Mills, over the 2015/2016 season.

As part of Minsters approach to local business initiatives, they opted to take a fresh look and review how they could support their local community.

A sponsorship first, Minster Director Nick Marlow explained:  Minster continues to experience positive business growth, which in turn has enabled our team to support many more local and regional community and charitable organisations.

After much deliberation and looking at a range of local sponsorship opportunities, we decided on Worcester Warriors and Ryan Mills due to the clubs business synergy and Ryans positive personality bothon and off the pitch which is a great example for young players looking to establish themselves in the sport.

Mills joined Worcester Warriors in the summer of 2014 from Gloucester, proving to be a strong team player and helping the club to regain premiership status. Warriors continue to build, investing in ground refurbishments and are firmly establishing themselves as a successful Aviva Premiership club.

Ryan Mills commented: Weve been really pleased with our start to the season and we have been competitive in every game. Its a fantastic time for Minster to be supporting the Club and I am looking forward to seeing them at our games this season.

One of the longest established and well-known IT companies in Worcestershire, Minster Micro Computers is a leading provider of Microsoft, SAP, Pegasus and 3CX, and delivers business software and hardware IT support services to customers locally and across surrounding counties and the Midlands, ranging from SMEs to corporate bodies with large multi-user networks.

Welcome to our microsite, please tell us your name, company and email to chat with a member of the team.